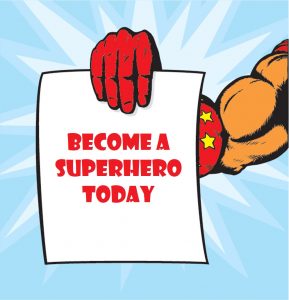 Imagine this: You’re in a high-level planning meeting with senior leadership, when the CEO and CFO issue a clear mandate: Get inventory levels under control. The VP of Sales, never being one to hold back an opinion, steps in to argue that the organization needs to become more competitive if it’s to survive. Right now, your promised lead times are the longest in the industry – even longer considering how often your promised delivery dates are not met. Lowering inventory levels will only make things worse!

The VP of Sales claims that, if service levels don’t improve, sales’ only recourse is going to be to offer deeper discounts even though margins are already paper thin. The CFO and the CEO declare, in no uncertain terms, that playing the pricing game is not an option.

The meeting ended with everyone looking at you, clearly expecting you to come up with a way to lower inventory levels, decrease lead times and improve on-time deliveries. Basically, the future of the organization is riding on your shoulders. No problem, right?

Since senior leadership expects you to be Batman or Wonder Woman, it’s a good thing you’ve got a utility belt called Demand-Driven Manufacturing. On this belt are a number of utilities that can help manufacturers achieve what may seem like impossible (and conflicting) goals. 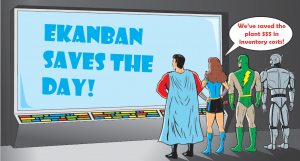 In today’s post, I want to focus on one of the easiest utilities to master: eKanban. Since eKanban also targets one of manufacturing’s biggest issues (excess inventory), this is where many manufacturing superheroes begin. (There are some other rather nifty tools on this utility belt, like constraints management, but it makes sense for a lot of manufacturing managers to tackle improvements in stages.)

As most manufacturers already know, Kanban is the visual inventory replenishment system that is fundamental to pull (demand-driven) manufacturing. When production is pulled through the factory based on actual orders, inventory levels go down because no more than is needed is produced. 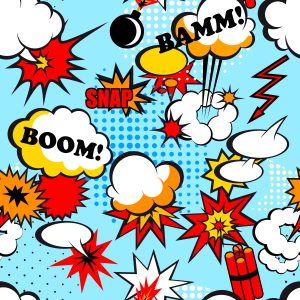 eKanban is a more powerful version of Kanban as the visual signals are electronic instead of physical cards. Electronic signals can be sent upstream faster, and there are no cards to lose. It’s also easier to learn to use an eKanban system because there are typically fewer steps involved. One manufacturer we worked with reduced the number of steps in their replenishment process from 66 down to 6 by replacing their manual Kanban system with SyncKanban eKanban software from Synchrono®.

While you’re delivering a big Kapow! to excess inventory, don’t be afraid to tackle other key performance metrics at the same time. eKanban can also help here because eKanban signals pull production through the facility based on actual orders. When work center C needs more of a subassembly built at work center B, a signal is sent for replenishment to workstation B. With work at every work center focused on only what is needed, queue times decrease and flow increases. On time deliveries often increase as well with SyncKanban because of the application’s ability to match flow to demand in real time.

One manufacturer was able to reduce inventory by 55% while also reducing leads times from 12 weeks to 2. Read the full story. Another manufacturer’s implementation of SyncKanban landed them on Supply and Demand Chain Executive’s 2017 list of 100 great supply chain projects. Learn more. 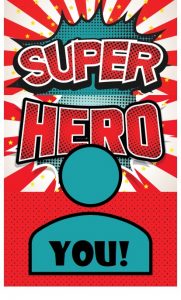 Be a Superhero in a Hurry

Clark Kent changed into Superman with a quick hop into a phone booth. If only it were that easy! Not only are phone booths in short supply these days, production management is a bit more complicated than donning a red and blue onesie and a cape.

Nevertheless, SyncKanban eKanban software is one of the easiest tools to implement, and many of our customers start seeing the positive impact of eKanban on inventory levels in less than 90 days. eKanban doesn’t even require the manufacturer to replace their ERP system. You can learn more about this in our paper The Changing Role of ERP in Manufacturing.

We have a ton of material about implementing eKanban on our website. One of the most popular is the white paper series on eKanban that starts with Gaining Control: Exploring Push v Pull. If you’re already convinced eKanban is the right tool to use and it’s just a matter of how to get started, you’ll enjoy the series of guests posts from one of our customers that starts with Real-World Advice for Getting Started on eKanban. You can also watch a demo of SyncKanban or request a free trial version on our website so you can explore the tool first hand.