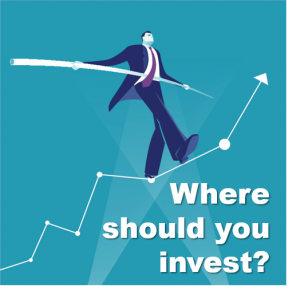 Earlier this year, the MAPI Foundation increased their projection for manufacturing sector growth for 2018 – 2021 from 1.5% to 2.8%. We haven’t seen overall growth like that in a long time, and it should spell a welcome relief for many manufacturers.

Capital Spending: A Leading or Lagging Indicator of Profitability?

One of the metrics that MAPI points to for their increased optimism is the pace of capital equipment spending. According to the statement on their website: 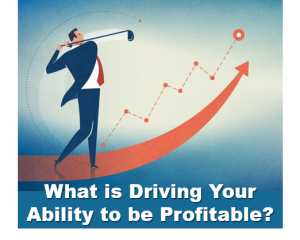 While it might signal profitable times ahead, calling capital investments a driver of future profitability may be simplifying things a bit too much. Sometimes, capital equipment spending is simply a lagging indicator of an increase in business. Orders go up, so manufacturers have greater cash flow and more money to spend. At other times, capital spending is indicative of the anticipation of an increase in future demand.

But either way, capital investment doesn’t do much to drive manufacturing profitability unless it is linked directly to either: 1/attracting new business (e.g., with lower lead times) or 2/filling existing orders more efficiently. Even in the best of economic times, capital investment can eat into profits if it isn’t synchronized to demand. Consider the following scenario…

Should You Buy That New Equipment?

There’s a new metal stamping machine on the market that can produce parts at twice the rate of the one you have now. It takes less time to set up a run, tolerances are tighter, and it works on a broader range of materials than your existing equipment. It even has built-in alerts that help predict when it will need maintenance, so you can better reduce downtime and schedule around it when it isn’t preventable. The new model is expensive, but business was good last year and is tracking even better this year. Should you buy it?

There are many reasons this equipment might be a good investment. For example, the tighter tolerances and broader range of materials might help you attract new business you wouldn’t get otherwise (Reason 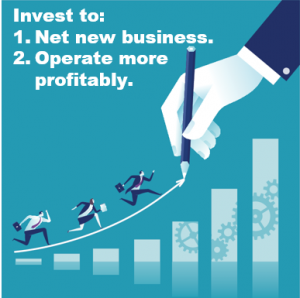 #1). However, if you’re basing your decision solely on being able to produce more faster through reduced setup times and a faster run rate (Reason #2), it may not be a good investment if the older equipment isn’t a constraint in your system. (Note that, in this scenario, we’re assuming the older equipment is reliable even if it is slow.)

According to the Theory of Constraints (TOC), a constraint is anything that limits a facility from reaching its performance objectives. There are several types of constraints, but in this case, we’re just looking at a resource constraint. If the new stamping machine replaces older equipment that is a constraint, that’s a mark in favor of making the investment. With the current constraint sped up, the facility will be able to produce more. (And, since we’re talking about a Demand-Driven Manufacturing scenario, that “more” will be based on customer demand.)

Investing in equipment that allows the manufacturer to fill an unmet customer need can be a good decision. However, money invested in equipment that simply speeds up a process that isn’t a constraint is often money wasted – and that definitely does NOT lead to future profitability.

Synchronizing Flow to the Constraint

Now that you’ve decided to invest (or not), you need to synchronize production flow to your constraints. SyncManufacturing has helped manufacturers increase flow – and capacity -without adding equipment and has even helped some put off an investment in factory expansion.

One of the ways we accomplish this is through our proprietary scheduling engine called CONLOAD (short for “consistent load”). The CONLOAD algorithm sets the optimal rate for releasing work into production to achieve a consistent level of work flow. Here’s how that happens:

CONLOAD™ allows the user to establish a level of work-in-process (WIP) inventory to achieve optimal flow through the production process. Those who are familiar with the Theory of Constraints (TOC) will recognize this as the amount of WIP necessary to avoid starving the constraint.

The standard unit of measure for setting the optimal WIP level is the number of hours that a job takes on the constraint(s). If this level is 20 hours for a constraint, your CONLOAD™ is 20 for that constraint and the system 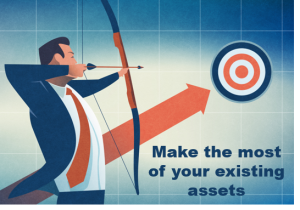 By gating the release of work into production in this way, you are only releasing the work necessary to optimize flow and velocity through production. All other work is gated into the system at the rate the system can handle, based on CONLOAD™.

SyncManufacturing software monitors all activity in real-time and makes dynamic adjustments based on the pace of the constraint. If it is running faster than expected, the software will speed up the release of work into production. Conversely, if the constraint is running slower, SyncManufacturing will scale down the CONLOAD rate, always maintaining the proper level of WIP.

Managing to the constraints increases flow and maximizes throughput in a variety of ways. Here are three examples:

Reduce WIP – You only have in the system what you need to maximize throughput.

Minimize delays – You stabilize the in-process queues, so when an order is released, it can flow through the process.

Reduce waste – You reduce the waste caused by undesirable behavior associated with too much work in the system, including unclear work priorities, choosing to work on easier setups, or handling materials more than necessary.

We’ve also released a brand new on demand demonstration of SyncManufacturing software that shows how all the pieces fit together to synchronize resources (people, equipment, materials, method and data) to customer demand. As always, if you have questions or comments, leave them below or reach out to us directly.