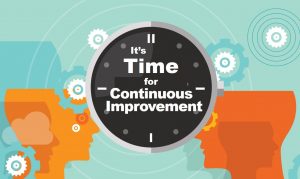 Prosperity is perhaps one of the greatest obstacles to continuous improvement in manufacturing. When things are going well, we don’t feel the need to make improvements quite as keenly. For example, instead of focusing on removing waste in our factories to become more cost competitive, we might opt to add capacity so we can keep up with demand.

There really is no better time to make improvements than when things are going well. In this post, we’ll take a quick look at what the research says about the short-term outlook for manufacturers. Then, I will explain why now is the best time to kick your continuous improvement efforts into high gear.

Things Are Looking Up 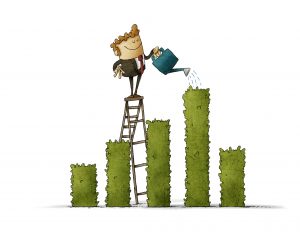 After nearly a decade of belt-tightening, many sectors are returning to a renewed sense of optimism. This is especially true in manufacturing. An amazing 93.5% of respondents to NAM’s 1st Quarter 2018 Manufacturer’s Outlook Survey registered a positive outlook, the second highest level recorded in the survey’s 20-year history.

Of course, because NAM is reporting on human sentiment, there’s always the chance that their results aren’t indicative of what’s actually happening in the market. Humans are not always the most objective source of “data.”

MAPI (Manufacturer’s Alliance for Productivity and Innovation) looks at a number of variables to project growth rates for the manufacturing sector. In March of this year, they nearly doubled their projected average growth for the U.S. manufacturing sector for the 2018-2021 period from 1.5% to 2.8%.

It’s not that you can’t find anyone who thinks things are not as rosy as they seem, but much of the negativity stems from a concern that the economy will grow too fast. That sounds to me like what an old colleague of mine in the manufacturing sector used to call “a happiness problem.” For now, most manufacturers I know are just trying to make the most of the opportunity presented to them. 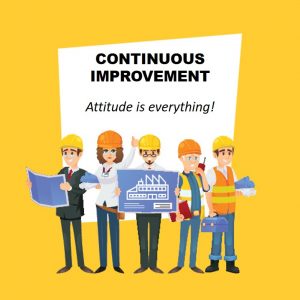 As anyone who has ever tried to implement a continuous improvement effort knows, the more secure your shop floor workers feel, the more likely they are to support change. While neither the NAM survey or the MAPI analysis look at worker sentiments, there’s no doubt that the optimism at the top has a way of filtering down.

Scenario A: The Mandate to Cut Costs

A machinist has just stepped out of a company-wide meeting in which executives issued a cost-cutting mandate due to a slowdown in orders. With support from the COO, production managers decide the best way to cut costs is to lower inventory levels by implementing constraints management.

Now they need to explain it to the machinist and other team members in similar roles.

What the machinist hears: “We need to cut costs, so we’re going to cut back on production. We know you’ve been making more than you needed to anyway. You’ll probably have more idle time because we won’t always have enough work to keep you busy.”

During one of those idle times, the machinist starts to wonder how long it will be before the cost-cutting measures include his job.

Scenario B: Let’s Pick Up the Pace!

This time, the company meeting is about increasing the pace of manufacturing. The sales pipeline is fuller than it’s been in a long time, and sales believes that if the company can decrease lead times they’ll be able to have a banner year and increase market share. 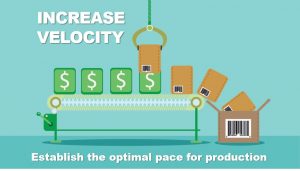 Once again, the operations managers decide to implement constraints management. This time the focus is on increasing velocity.

What the machinist hears: “Business is good, but we need to determine how to step up our pace. We’re going to try this thing called constraints management. It will seem a little strange at first, but it’s all part of the process.”

In this scenario, the machinist does some reading on Lean and attends a few workshops during his downtime. Instead of worrying about his future, he starts to think about how he might contribute to the initiative. Maybe he’ll even work to become a green belt and advance in his career.

Making Hay While the Sun Shines

Nothing lasts forever, and that includes a great economy. The continuous improvements you implement now can set you up to weather the hard times ahead with both better processes and better people. The sun is shining on much of the manufacturing sector. Now is the time to take advantage of it.

In this post, I focused on constraints management, but there are many other types of continuous improvement initiatives. If you’re still defining your approach, we have plenty of resources you can mine for ideas. Here are just a few.

Paper: Get Lean on Scrap

Post: How the Internet of Things Can Shorten Lead Times

Post: How the Internet of Things Can Help Lower Inventory Levels

Video: How Orbital ATK is Leveraging the IIoT and Visual Factory Technology to Drive Continuous Improvements

Post: Turn Your Gemba Walk Into a Power Walk

For additional ideas, visit our Resources page on our website.