Measure efficiency and productivity against your REAL goal

I keep seeing the word efficiency in the manufacturing media.  For s 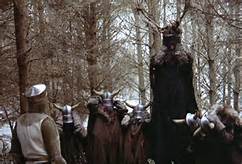 omeone who is a Constraints Management person, this is the equivalent of saying “Ni” to the Knights Who Say Ni (Monty Python reference, okay?) or like scratching your fingernails across a blackboard.  It is one of those words that I think we should remove from the English language.

When we look at the organizations of today, words like efficiency and productivity get thrown around with little understanding of what is required to improve one of these measurements (metrics).  If I change to improve efficiency, what are the positive results, and what are the negative results?  Also unknown is the outcome to the organization as a whole. Let’s discuss why an efficiency metric is usually not the right metric and what a Lean manufacturing expert does when measuring true value in the supply chain.

Let’s start by looking at how people usually define productivity and efficiency in practice (from the TOC-ICO Dictionary). There’s a big difference between managing efficiency and productivity using traditional thinking and using Constraints Management thinking. If you are an Operations Manager, you “feel the heat” on these two competing deliverables every day.

Cost-world paradigm (page 35): The view that a system consists of a series of independent components, and the cost of the system is equal to the summation of the cost of all the sub-systems. This view focuses on reducing costs and judges actions and decisions by their local impact. Cost allocation is commonly used to quantify local impact.

Usage: In the cost-world paradigm, global impact is believed to be the sum of all local impacts.

Perspective: This paradigm is in conflict with the throughput-world paradigm, which claims that global improvement is NOT the sum of local improvement and that the use of cost allocation often results in incorrect decisions.

Throughput-world paradigm (page 123): The view that a system consists of a series of dependent variables that must work together to achieve the goal and whose ability to do so is limited by some system constraint. The unavoidable conclusion is that global improvement is the direct result of improvement at the constraint, and cost allocation is unnecessary and misleading. This paradigm conflicts with the cost-world paradigm.

Here’s how the terms efficiency and productivity set up a conflict for an Operations Manager:

Operations manager core conflict (page 86): The conflict is between judging the Operations Manager‘s performance according to the local impact of decisions and judging the manager‘s performance according to the global impact of the manager‘s actions.  The operations manager is under constant pressure to reduce waste and the biggest waste in operations is viewed as idle time on a resource (person or equipment). In figure 1 below, the assumption on the B-D side is: A resource standing idle is a waste. Therefore, local efficiency is used to measure resources. The operations manager then looks for work (even if it‘s not needed now) to keep the resource busy. When work is increased on the shop floor, local efficiencies go up and top management is satisfied. BUT maximizing efficiencies results in increased work-in-process, which increases lead times and inhibits flow, thereby jeopardizing sales.

He goes on to say that “businesses often measure productivity by output during comparable time periods. For example, if you produce 1,000 units one week and 1,100 units the next, you are more productive the second week.” This example is a cost-world example.  The demand is not factored into the evaluation of productivity.  It is only productive if it turns into sales.  Since most machines and processes are decoupled from actual demand, the Operations Manager builds to the plan provided by the ERP System, because they have nothing else to tell them otherwise.  Unless they have been managing for some time, and they have built a level of intuiti

on that is better than the formal system.

Since inventory is considered an asset on the company financial statements, the balance sheet looks good to the CFO, CEO and stockholders.  However, an opportunity is lost during this scenario, especially if there are some other products that were not meeting their demand requirements.  This is so important, but is not a traditional measurement that companies use. This “lost opportunity metric” is now something that Lean manufacturing experts try to keep at the top of the list.

In other cases, businesses measure productivity by comparing employees, locations or distribution methods. If Bob sells $10,000 worth of business during the month while Joe sells $9,000, Bob is more productive. If Bob sold $12,000 the month before, he’s still more productive than Joe this month, but less productive this month than he was last month.  True, but this does not have any relationship between if the company is closer to the goal, or further from the goal.  Something is missing.

Efficiency relates to the quality of your work, which might include creating output with less waste, using fewer resources or spending less money. If Bob sold $10,000 in May but spent $3,000 on travel expenses, while Joe sold $9,000 in May but did so over the phone, Joe is more efficient and creates a larger profit. This is a case in which increased efficiency justifies decreased productivity.  True, but this does not have any relationship between if the company is closer to the goal, or further from the goal.  Something is STILL missing.  Many other unmeasured factors are not addressed, like if Bob is new to the company, and needs to build his clientele, or one of Bob’s customers is looking for help on a possible business expansion that requires input from Bob.  Month-to-month measurements of 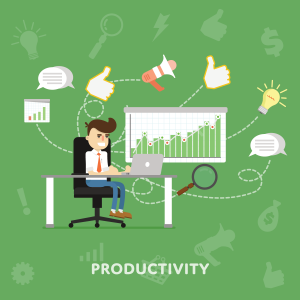 ten hide some of the overall processes or factors not included in the number being measured.  Maybe the next term will shed some new light?

Some businesses measure productivity by including only quality output. For example, if a production plant produces 10,000 units in March and only 9,000 units in April, productivity in March is not necessarily higher. If the 10,000 units produced in March included 1,000 that were defective and couldn’t be sold and another 1,000 that came back for service, the productivity for the production plant in March is 8,000 units. If only 500 of April’s units were defective or returned, productivity in April is 8,500.  Still true, but this does not have any relationship between if the company is closer to the goal, or further from the goal.  These measurements have very little to do with how the company is really doing.  They are only incomplete pieces, which are hidden from the people in the system who make the decisions –day-in and day-out.  Only if the measure of input is related to the actual output will the measurements make logical sense.  As long as part of the system measures in one way, and other areas measure in another way, these will create conflict and confusion.

When you emphasize the quantity aspect of productivity, such as by paying bonuses on amounts produced or sold, you might encourage employees to be less careful. “If you tell me how you measure me, and you have a misleading measurement, what will you expect from me?”

This might not be a bad thing if your increased quality output outweighs the number of problems you have. For example, a production plant’s rush to increase output may increase defects and returns by 10 percent. However, working at that speed might allow the plant to increase quality units by 30 percent. When you put a premium on efficiency, and try to eliminate all problems, you might scare workers into slowing down enough to negate the incremental increase in quality you get with an exponential decrease in the quantity of work produced.

So, what should you measure when you’re deciding how productive your plant is and how efficient it can be? See Aligning Metrics to Strategy to read about how to get closer to your goals and next time, we’ll address metrics you can take immediate action on to improve performance.