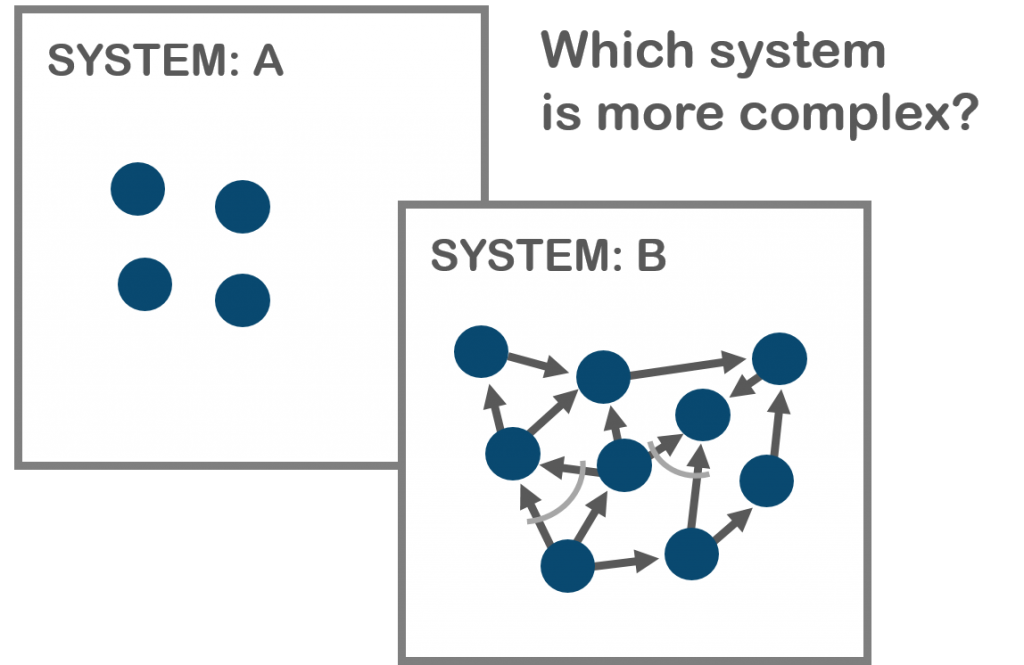 In my last blog post on How TOC delivers powerful results, I talked about how every manufacturer that I worked for early in my career believed that their environment was completely unique. However, just like doctors are trained not to look for zebras when diagnosing horses, the Theory of Constraints (TOC) allows you to diagnose your environment in the simplest way to get the most immediate results.

The concepts of TOC stem from some very simple, practical principles. These principles were developed by physicist Dr. Eliyahu M. Goldratt and stem from the fundamental differences that physicists apply to complexity and problem-solving.

Although these principles are simple, they are also counter to the prevailing methods people use to manage organizations for achieving results. The main differences fall within three themes:

Today we will look at the first theme — the view of complexity — and see how Goldratt’s Theory of Constraints methodology was developed to tame environments of every stripe.

Your organization may not be as complex as you think

The prevailing thought is that most organizations are very complex – so complex that it takes a significant effort to describe the organization, how the organization conducts its affairs, and the factors that leadership must consider when making decisions.

Most organizations deal with complexity by breaking the organization down into smaller subsystems in order to facilitate measurement, command and control. These departments, profit centers, cost centers, and divisions each have some degree of autonomy for decision-making. Each has incentives to improve by measurement or by reward. In this type of system, there are many data elements created to describe the structure and control mechanisms of the subsystem. The results of each subsystem are summarized and consolidated at the next level up the structure; this continues until there is one unified summary. Large bureaucracies are necessary to keep track of all the data and rules about the subsystems. These bureaucracies are the modern information systems.

Both tradition and governance rules establish the measurements used to determine the actions each subsystem must take. These decisions are based upon the variables within the control of the managers of the subsystem. In these organizations, many elements need to be touched in order to impact the behavior of the system. If this statement is true, then it becomes more difficult to predict the behavior of the system using this type of approach. In other words, this system has many degrees of freedom.

“That is illogical, Captain”

As a practitioner of Constraints Management, I have spent a great deal of time understanding that systems are linked through effect-cause-effect logic. From a single causality, there can be many resulting effects. 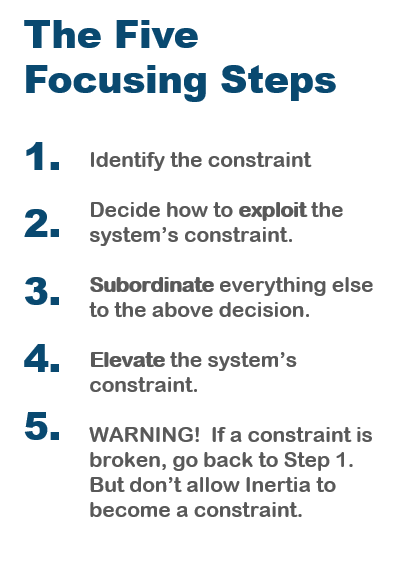 This causal relationship is used to describe the current reality of a system. The effect-cause-effect technique allows TOC Thinking Process experts to significantly reduce the number of elements that they must touch to influence the entire system. The degree of freedom in the system is defined as the number of items in the system that need to be touched to effect the overall system. In this way, an interconnected system is much simpler.

By reducing the complexity of the system, this analysis can accurately identify the system’s constraint or core problem(s). Once the core problem(s) is/are defined, positive actions can be implemented which will have a significant effect upon the entire system.

The TOC Thinking Process, and the Five Focusing Steps simplify the structure of the system being analyzed and find the point of maximum leverage. Some situations are easier to describe in this manner than others. 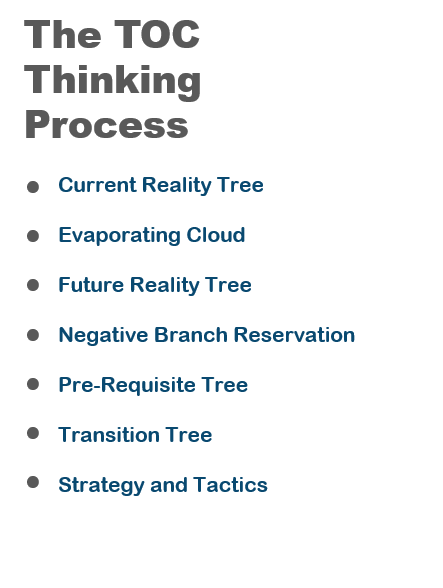 However, all systems can be described by this process. Once completed, you’ve uncovered the inherent simplicity of the organization.

When demand-driven manufacturers apply these techniques to their organizations they can see where they need to reduce touch points to decrease complexity. They then digitize the remaining touch points to achieve greater control and command of their production process. Next time, we’ll talk about what happens when manufacturers begin to focus on constraints to create increased flow and efficiency in the supply chain. Until then, if you hear hoof beats, it might be time to stop looking for a zebra.

Rick is the “Dr. Who” of manufacturing operations and logistics. And while Rick doesn’t travel through time, he is adept at leading change – and saving time – in a diverse range of manufacturing environments through Lean manufacturing, Six Sigma, and TOC techniques. Rick’s posts address how demand-driven matters and draws from his background in process improvement, change management, project management, information systems implementation, and profitability analysis.