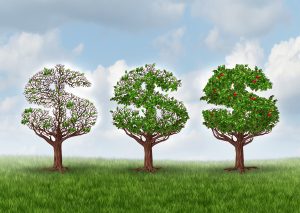 The global economic recession that started in 2007/2008 hit the manufacturing sector hard. In February of 2009, The Economist even published a piece called The Collapse of Manufacturing. If you recall, this was right about the time the automotive manufacturer bailouts kicked in because they, like the larger financial institutions, were deemed too important to the US economy to fail. It felt like we were on the verge of an economic collapse.

Whether they supported that bailout or not, most people recognized that it was a short-term solution to a long-term problem. The auto industry, like many other manufacturing sectors, was awash in excess capacity. When consumer demand dropped due to the recession, this excess capacity could no longer be ignored because it led to mountains of unsold inventory and raw materials sitting in the supply chain.

Many companies didn’t survive the recession, at least not in their current state. In 2010, Harvard Business Review said that 17% of the companies they were following in a post-recession study had gone bankrupt, were acquired or went private. Opinion makers and pundits differ as to whether the recession actually ended in 2010, so that finding might have been a bit premature.

Things are looking up

While there are still plenty of naysayers who can find the cloud surrounding every silver lining, many economists agree that indicators are improving as we approach the end of 2017. The MAPI Foundation predicts a pretty substantial growth in manufacturing output at least through 2020.

Learning lessons from the past

Let’s assume (and hope) these predictions are accurate and the positive trends continue. Now is not the time to get complacent. Unfortunately, recessions are like earthquakes. You know they will happen. You can even monitor for signs of an impending quake. But it is almost impossible to predict when and where they will strike and how much damage they will do. The MAPI Foundation’s growth in output levels off in 2020 because they are allowing for the possibility of another recession. They don’t go so far as to predict one, but they know it will eventually happen. 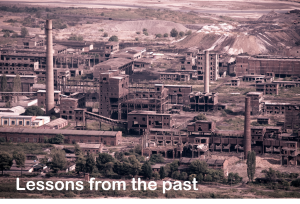 Clearly, pulling back and not investing in anything isn’t the answer. Instead, the key to surviving the next recession is to avoid making the same mistakes. Demand-Driven Manufacturing can help.

Understand your true capacity – One of the key principles behind Demand-Driven Manufacturing is the Theory of Constraints (TOC). In TOC, there is always one resource that limits the factory’s ability to meet demand. For example, it might be a work station that has a constant backlog, impacting all downstream operations. In Demand-Driven Manufacturing, that constraint becomes the pacemaker for production, keeping work flowing at a constant rate, or load (e.g., CONLOAD) Watch this short demo of CONLOAD to see what that looks like.

Many manufacturers using CONLOAD (part of SyncManufacturing) find that this process actually helps them to increase capacity; because constraints are managed, work continuously flows.

Avoiding excess inventory – In Demand-Driven Manufacturing, production scheduling is based on actual orders; nothing is produced until it is needed. For example, a manufacturer may believe there is going to be an uptick in orders for a particular widget. They might even add capacity in terms of more modern equipment or higher-skilled operators. But that widget will not be produced until an order is actually received. Likewise, the components that go into the final product will not be produced either, lowering both finished goods and WIP inventory.